Skip to content
Seal Connect is your source for all things sealing, maintenance and reliability. 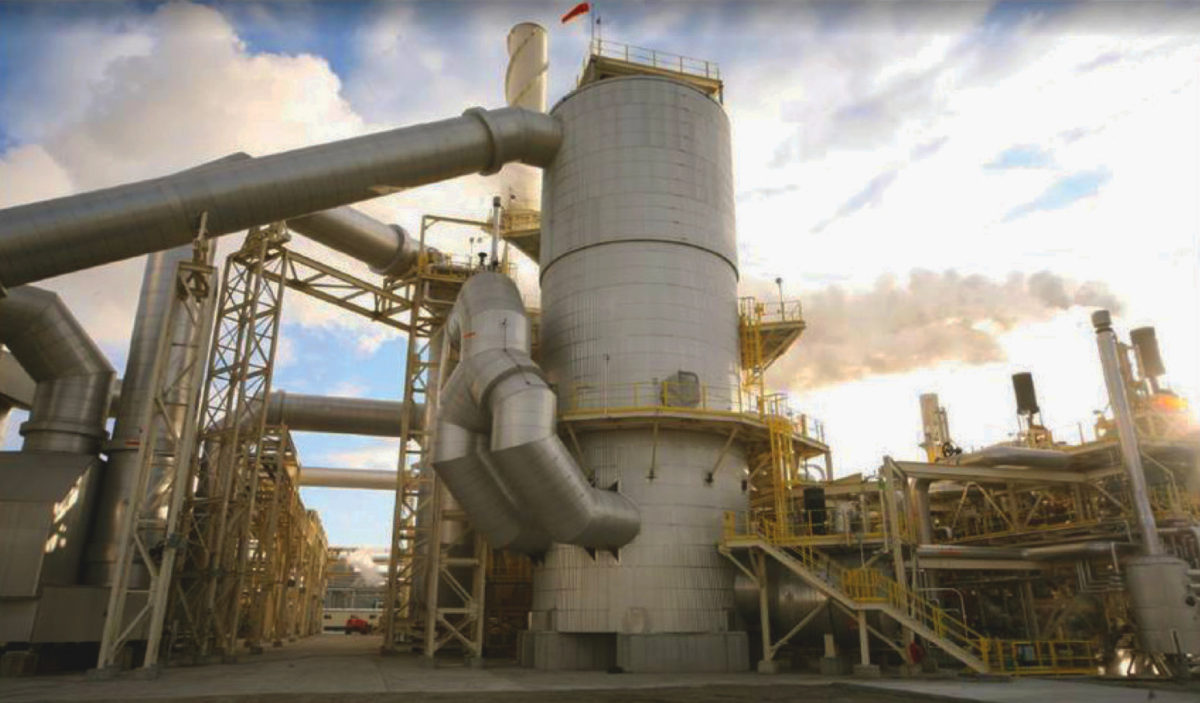 Listening to the pain point of a maintenance manager for an agricultural and industrial phosphate producer yields long-lasting results.
by David Brewer

The need for a custom mechanical seal solved a problem for one producer of phosphate products used in agriculture and industrial applications. Pump failures occurred every 19 to 28 days. When the mechanical seal failed, the pumps failed. Working together with a seal manufacturer to redesign a seal, seal life was extended to more than two years.

Mike Sondys, maintenance manager for Nutrien, formerly Potash Corp., had ideas about ways to solve the problem, but he struggled to find a seal manufacturer to listen. One finally did…

The result? Exponential improvement of the life of the mechanical seals and the pumps.

Sondys believes it is his job to “dig down” and discover the root causes for equipment failures at his plant. The repeat failures when pumping heavy slurry was a serious problem. When the single internal cartridge seals failed, the pumps failed.

Sometimes, Sondys could wait for a planned outage to replace the pumps. Even then, the process was expensive and time-consuming.

“I’ve been working in research and development on mechanical seals for a heavy slurry environment without water intrusion into the process for a long time,” he said. “The issue we were having was with 30 percent phosphoric acid. The temperature of the acid was close to the temperature of what’s happening around the seal bases.”

In that environment, phosphoric acid plates and causes a crystal formation. Crystal growth around the springs destroyed the seal.

Sondys was convinced he had ideas that would solve the problem, but his vendor could not help. Other vendors he contacted couldn’t either. Pumping this heavy slurry has distinctive challenges.

Mike Sondys of Nutrien was seeing pump failures every two to three weeks on his Goulds 3196 M pumps. He knew the mechanical seal was the source of the problem. He believed there had to be a way to improve the seal for a longer life, but he couldn’t find a manufacturer to listen until he met a regional manager for a seal manufacturer. Then he met the regional manager, and together, they set out to develop a better seal.

Sondys’ operation was pumping almost a solid material, basically clay and water. Sondys had ideas that he thought would help the success of the seal. He made some unusual requests, and the seal manufacturer’s engineering department accommodated them.

Sondys had technical knowledge that—together with the skills and expertise of the engineering team—proved to be a winning combination for developing a better seal.

First, they did the following:

These changes helped, but they still found that the stainless-steel sleeve on the seal showed significant wear. The next alteration was to manufacture the sleeve out of Hastelloy®, a chemically inert metal.

“We needed the seal to be bullet proof but universal,” said Sondys. “We have multiple types of acid in this department, and each has a different chemical corrosion property. Some of those acids make stainless steel porous, so acid would leak past the O-rings, causing the seals to clog and crash. Hastelloy is resilient and unaffected by the different types of acid we have.”

While Sondys had ideas to improve the seal, the manufacturer’s engineers took that vision and make it work. Where his ideas were workable, the team implemented them. When the engineering team could improve on his ideas, it did. Together, a successful seal was developed.

“Previously, we had pumps failing in 19 to 28 days. I thought, if I could get a pump to run for one year, it would be  a success. I have one that has been going now for two and a half years,” says Sondys. “I was checking those pumps three times a day during the testing phase. Now, I just let them run.”

By summer 2021, Nutrien has about 80 pumps in operation with this custom seal installed. Other than system upsets, the new design extended the seal’s life up to years verses days. When Nutrien needs new pumps for expansions or replacements, the company requires that the pump manufacturer install the custom SRC mechanical seal.

Sondys cautions that the seal was not the only adjustment they made in this process. He also tweaked the rear cover that the mechanical seal is bolted to.

“The design of that cover has a lot to do with the success of the seal,” he said. “A standard bore box doesn’t provide enough circulation for cooling to keep the crystals from forming. The success rate of the seal depends on its relationship with the stuffing box. You have to use the seal in the right application with the right stuffing box for it to work.”

In addition to the custom seal and adjustments, Sondys plans to have the manufacturing team conduct training later in 2021. COVID-19 brought many challenges for Nutrien Aurora, including new personnel. Because of this, he wants to ensure that the team is correctly trained. The manufacturing team will train new and existing personnel in proper mechanical seal installation, equipment alignment, and other reliability best practices.

The new seal also decreased the water required to cool the stuffing box. Before the redesign, five to 10 gallons of water per minute per pump flushed the stuffing box. This is a problem. As Sondys said, “We’re in the evaporation business. Any water intrusion into the process is costly, because we have to turn around and evaporate the water back out.”

The custom seal allowed him to take the flush water off his process, so he doesn’t have to introduce water into his system anymore. The power consumption alone of evaporating the water from that process was huge. It saves money on water and energy costs.

“The seal has a quench drain port,” added Sondys. “I trickle in water just to rinse out any residual flash gas. There is now zero water intrusion into the process with this design.”

Sondys brought expertise and ideas that were critical to this effort, but a vendor who was willing to listen, improve those ideas, and work with him to achieve success was required.

“I went through multiple variations of different seal designs with multiple vendors over several years. I finally decided what I wanted to do, and the other seal manufacturers said they couldn’t help me. [This manufacturer] did, and it works,” said Sondys.

Work with a manufacturer who does not try to force a solution onto you. You need someone who will work with you on the solution that is right for your application.

Editor’s Note: We recently updated this case study with new information.
The updated version is also available for download.

David Brewer is the Atlantic coast regional manager for SEPCO. Before this role, he served four years in the U.S. Navy and received three Letters of Commendation. He began his career in the fluid sealing industry in January 1995 with AW Chesterton. Brewer later became Virginia regional manager for John Crane until he joined the SEPCO team. He has served many industries including pulp and paper, chemical processing, food and beverage, power generation, textile, and  waste treatment. He graduated from Lees McRae College. He may be reached at Davidb@sepco.com.
Articles & Media Mentions
Steel, Candy and Bread
Read more from this author

The leader in fluid sealing and reliability solutions

Via #SealConnect: If a plant wants to achieve reliable compression packing performance, it can't take any shortcuts. Learn more in this #infographic >> https://hubs.li/Q01B2t4W0.

Here are some of the most common pumping mistakes Via @PumpsSystemsMag: "The System Is the Boss (Part 1 of 2 …The Easy Part)" >> https://hubs.li/Q01Bg84V0. An incredibly insightful piece written by James "Jim" Elsey, GM - VP Summit Pump Inc Emeritus and Pump Consultant.

Via #SealConnect: Find out what it takes to properly seal a #pump system in our interactive #infographic >> https://hubs.ly/Q01z_4pR0

Every SEPCO product or service is fully customizable to your needs.
Contact an Expert for details — 205.403.7500
Select either critera, or both.
OR
The value of this field will override other options. CLEAR FIELD
View Results

We use cookies to ensure you the best experience on our website. Continued use of this site implies acceptance.Ok